10 Questions for the Dalai Lama

How do you reconcile a commitment to non-violence when faced with violence? Why do the poor often seem happier than the rich? Must a society lose its traditions in order to move into the future? These are some of the questions posed to His Holiness the Dalai Lama by filmmaker and explorer Rick Ray. Ray examines some of the fundamental questions of our time by weaving together observations from his own journeys throughout India and the Middle East, and the wisdom of an extraordinary spiritual leader. This is his story, as told and filmed by Rick Ray during a private visit to his monastery in Dharamsala, India over the course of several months. Also included is rare historical footage as well as footage supplied by individuals who at great personal risk, filmed with hidden cameras within Tibet. Part biography, part philosophy, part adventure and part politics, 10 Questions for The Dalai Lama conveys more than history and more than answers - it opens a window into the heart of an inspiring man.

If you had only one hour, what would you ask?

"GET ENLIGHTENED WITH 'DALAI LAMA'. GRADE: A-. WITH LUSCIOUS CINEMATOGRAPHY AND AWE-INSPIRING HUMANITY, '10 QUESTIONS FOR THE DALAI LAMA' IS ONE OF THE MOST ELECTRIFYING DOCUMENTARIES TO BE RELEASED THIS YEAR..."
- THE BOSTON HERALD "DESTINED TO BECOME THE DEFINITIVE FILM ON THE DALAI LAMA. "
- GEOFFRY KLEINMAN, DVDTALK.COM
"ENLIGHTENING... PROVOCATIVE... HIGHLY ENGAGING"
- THE WASHINGTON POST
"THERE HAVE BEEN SEVERAL DOCUMENTARIES ABOUT THE DALAI LAMA, BUT FEW HAVE DONE A BETTER JOB OF PACKAGING THE TIBETAN RELIGIOUS LEADER'S CIRCUMSTANCES, BOTH HISTORICAL AND CURRENT, ALONG WITH HIS PHILOSOPHIES"
- SAN FRANCISCO CHRONICLE
"IT IS WELL WORTH GOING TO SEE THIS MOVIE. THE FILM IS BEAUTIFULLY MADE. RAY DOES AN UNDENIABLY ANTASTIC JOB. '10 QUESTIONS FOR THE DALAI LAMA' OFFERS A LIFETIME'S WORTH OF INSIGHT AND INFORMATION IN JUST 85 MINUTES."
- THE DAILY TEXAN 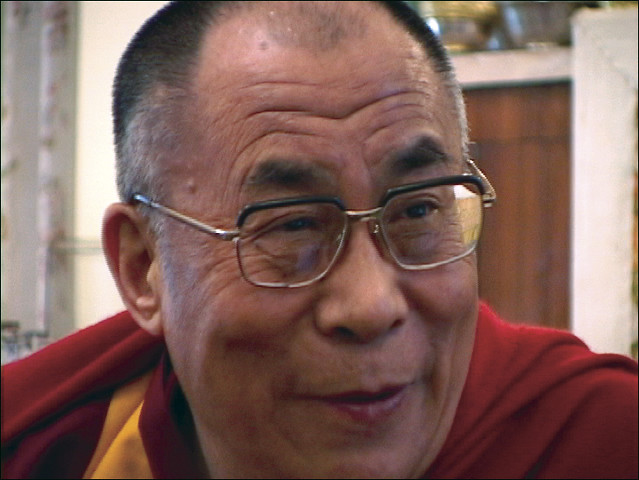