A hip, new-age fashion designer, Amer Atrash (PHILIPPE CALAND), left Lebanon in pursuit of the America Dream. Living in the fast lane and always just on the brink of success, something unexpected always seems to get in the way. In the weeks before the launch of his cutting-edge clothing brand, and on the brink of major financial success, Amer finds himself in an all-too-familiar predicament when the rug is pulled from under his feet at the eleventh hour. Propelled into action, the hustler within is awakened, but he is met with a barrage of 'no's, and finds himself with his back against the wall. Neglected and confused, his wife Sherry (VIRGINIA MADSEN) decides that she 'needs time to think'. While burying himself in his work, Amer is haunted by the memories of an event that transpired years ago. Seeking his wife's solace, he confesses his dark secret to her, divulging the story of an unavoidable accident fifteen years earlier that left Phillip Blackman (FOREST WHITAKER) a paraplegic in a wheelchair. Amer further confesses that he believes that all of the pitfalls he has encountered in life since that night are directly linked to the curse and bad karma from his actions. Compassionate and understanding, Sherry encourages Amer to make amends. Setting out to find Phillip and reveal himself, Amer inadvertently encounters Phillip's beautiful wife, Kitty (MINNIE DRIVER), who sings at a local bar. Through their unusual interaction, she leads him to the man he seeks. Phillip has made the very best of his life and takes Amer on a spiritual journey, the goal of which to change Amer's state of mind and help bring him nearer to enlightenment. Through this life-altering encounter, Amer learns a new truth about that fateful night.

"Reminiscent of "Crash" but with a focus on New Age-y spiritualism."
- Chicago Tribune

"Compelling and original. Ripple Effect tears the veils off from the outset and keeps tearing until the characters - and audience - have been swept through their own high-drama ripple effect. Enjoyable alone for watching Forest Whitaker, Virginia Madsen and Caland."
- Jay Levin, LA Weekly

"This is one film you should not miss. Forest Whitaker's performance alone is worth seeing this for. This is a thought-provoking and Powerful film...Beautiful...Fantastic"
- www.angelfire.com/pq/moviereviews

"Sure to be a crowd-pleaser, Ripple Effect is a must-see"
- Good Times 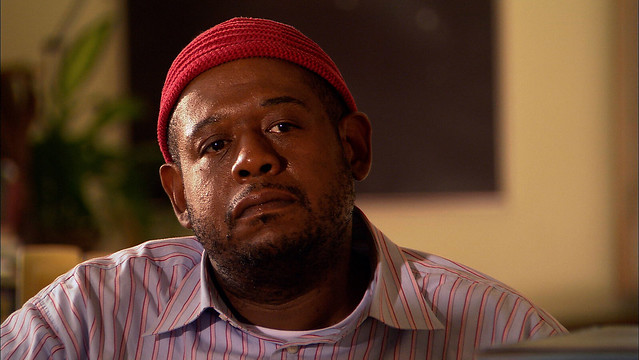