Naomi, the brilliant and pious daughter of an ultra orthodox rabbi finds herself at a crossroads of life choices when her mother dies and she is expected to immediately marry her father's prodigy. Distressed yet determined, she begs that her father allow her one year to study at a women's religious seminary in Safed, the birthplace of the Kabala in order to prepare herself for the sacrifices she will make as a wife. Her father relents and Naomi's life begins to take an unexpected turn. Devote but lively, Naomi and her new friend Michelle befriend a beautiful, mysterious older woman, Anouk, (Fanny Ardant) who is ill and living nearby who may or may not be Jewish, and may have committed a crime of passion. Naomi devises a series of rituals which will somehow 'purify' Anouk and purge her of her sins, but as these stretch the borders of Jewish law they must be kept secret. Eventually this journeys into the forbidden and leads to a growing attraction between the two girls and more crossroads are faced. The Secrets presents the complexities of a religious lifestyle in a vibrant environment of youth, rebellion and desire.

"One of the most remarkable movies of the year& an engrossing mixture of voluptuous spirituality and incisive sensuality."
- The New York Observer

"The Secrets is proof again that Lesbian drama can be done beautifully and poignantly. The Secrets is a layered, rich and rewarding film from any standpoint. It's a beautiful film, and its very much alive."
- www.afterellen.com

"The Secrets handles itself with Grace and Charm"
- The Village Voice

"...an emotionally overpowering drama that will move audiences wherever it plays. The film's mix of sensuality and spirituality is arresting"
- The Hollywood Reporter 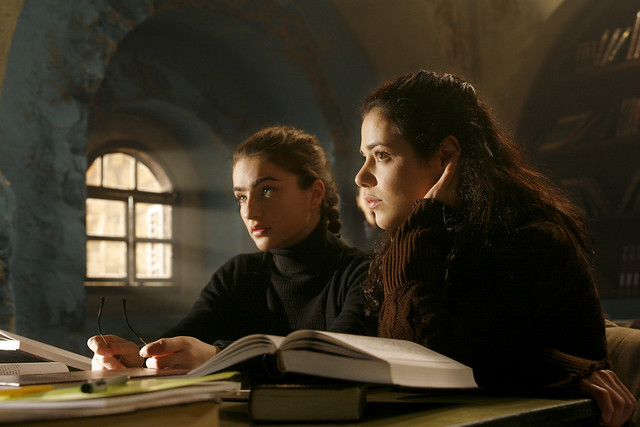