Sex, Passion, Betrayal, Murder. A true story of an unlikely serial killer. A brilliant biochemistry student who is also a prostitute. A brutally bludgeoned body buried naked in the snow. Thus begins Winter of Frozen Dreams, a sordid love story and a macabre web of blackmail, lust, and deceit. The Hoffman case was the first televised murder trial in US history. The true-life story of Barbara Hoffman, is complex and contradictory in every sense as she was both a brilliant biochemistry student at the University of Wisconsin and Madison's most notorious prostitute. On a frigid, twenty-two below zero Christmas morning, Barbara Hoffman's (Thora Birch) distraught young fiancee, Jerry Davies (Brendan Sexton III) leads police investigators to a corpse, which only hours before, he had buried in a snow bank. Lead by Detective Lulling (Academy Award winner Keith Carradine), the police investigators uncover the naked and brutally bludgeoned body of Harry Berge. Davies desperately insists that he is not a murderer and that he and Hoffman are guilty only of burying the corpse of a stranger. Shades of film noir blend with true crime, as Barbara Hoffman lives out her days in prison, refusing to give interviews or even go before the parole board.

"Winter of Frozen Dreams plays as a Film Noir Crime Drama complete with Sex, Drugs and a cold as ice Femme Fatale. A complex tale of lies, murder, sex and double (and triple) lives. Thora Birch is phenomenal. Fans of serial-killer drama will be highly satisfied with this one and should definitely check it out."
- best-horror-movies.com

"Winter of Frozen Dreams is a Film-Noir Thriller laced with mystery that is as riveting as it is thought-provoking. I cannot recommend owning this DVD enough. "
- VideoViews

Written By: BASED ON THE BOOK "Winter of Frozen Dreams" By Karl Harter, Michael Caughill, Michael Graf, John Besmer and Eric Mandelbaum 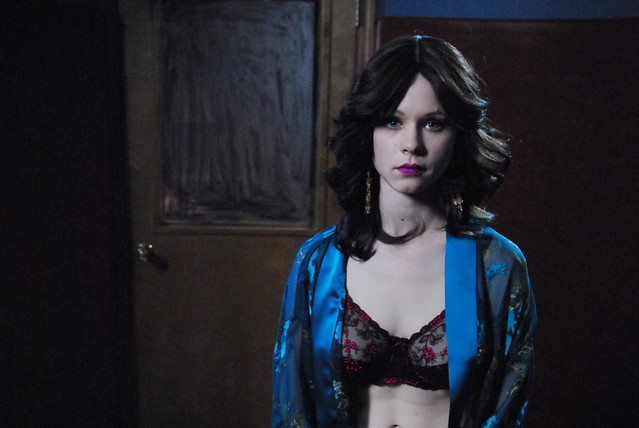